You are at: Homepage /  discover and explore /  points of interest /  castles /  st. gothard castle /  the legend of the basilisk

The Legend of the Basilisk

The oldest legend in Trentino 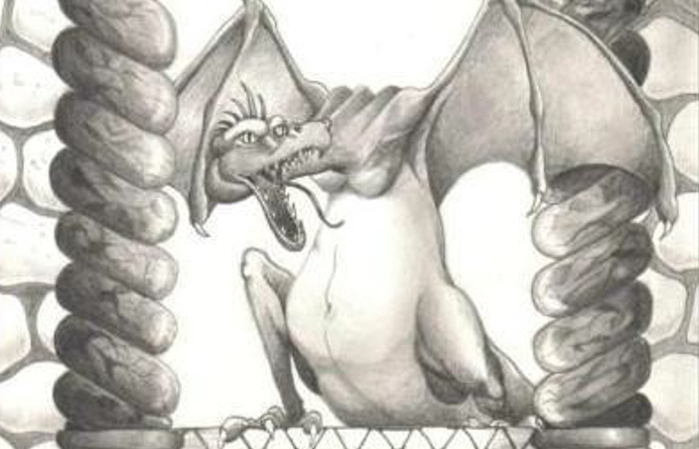 THE LEGEND OF THE BASILISK

The old castle had already been abandoned leaving only scattered ruins in the cave when a basilisk sought refuge there from the weather. The basilisk resembled a huge serpent, its body covered in impenetrable bony scales, with a pair of powerful wings that enabled it to fly.
One day, the dragon, who was hungry because he’d had no food for several days, began looking around for something to eat. He attacked the farmers in their fields and soon had spread panic in the town of Mezzocorona. The people had to find a way to kill the beast if they weren’t all sooner or later going to end up in the dragon’s stomach! But how?
Suddenly, from amidst the desperate crowd rose the voice of Count Ugo Firmian:
"Calm yourselves" he cried, "only the cowardly surrender before having even confronted the danger! Trust me. I will take on the basilisk. Either I will win, in which case we can all go back to our hard-working, peaceful lives, or he will kill me, but that will still give you time to escape. All I ask of you is that you stay hidden in your wine cellars for a few hours. Do you agree?"
The intrepid knight began the climb up to St. Gotthard’s grotto, and eventually arrived at the level ground in front of the cave. Inside, the dragon was sleeping soundly. Very, very slowly, trying not to make a noise, Count Ugo of Castel Firmian crept close to the entrance of the cave and set down a bucket full of milk with a mirror next to it. Then he went and hid in the bushes.
When the basilisk woke up he was hungry again. He saw the bucket full of milk and went over to it and began to lick up the milk greedily. How delicious it was! But suddenly he saw another dragon identical to himself right in front of him! Not only did it look like him, but his new friend was also copying all his gestures. How charming of him! When the basilisk turned round, the other dragon turned round, when he bent over, the other dragon did the same, when he rolled over onto his back... But this was the moment Count Ugo Firmian was waiting for! He jumped up out of his hiding place in the bushes and plunged his sword into the dragon’s belly, the only vulnerable point on his body. Taken by surprise, the terrible beast gave out one last, enraged groan and slumped to the ground, dead. With cunning and courage the knight had overcome the basilisk’s brute force and beaten him with just a bucket of milk and a mirror.
Victorious, the count hoisted the beast's head high on the rock in a triumphant display to his fellow townspeople. But a drop of powerful poison had fallen through a crack in his armour and slid along the Knight’s arm turning him in an instant into a human torch. When the first townspeople from Mezzocorona arrived at the cave they found only a dead basilisk and a little pile of ashes inside a suit of armour.