You are at: Homepage /  discover and explore /  points of interest /  luoghi sacri /  church of st. agatha 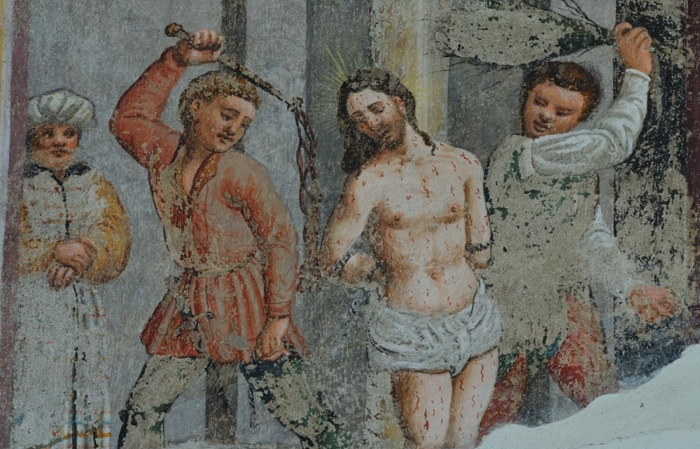 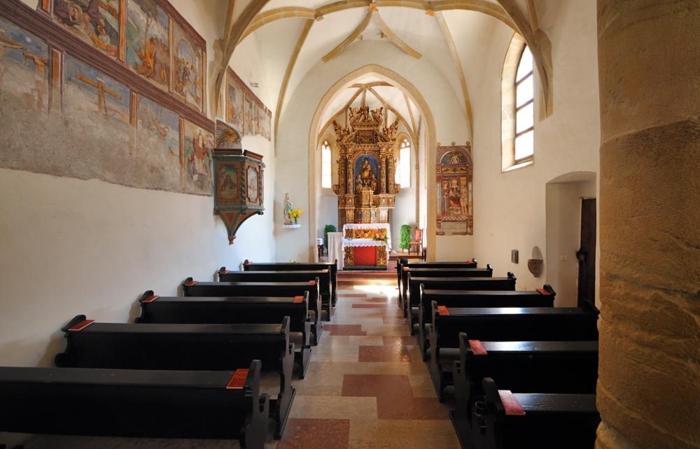 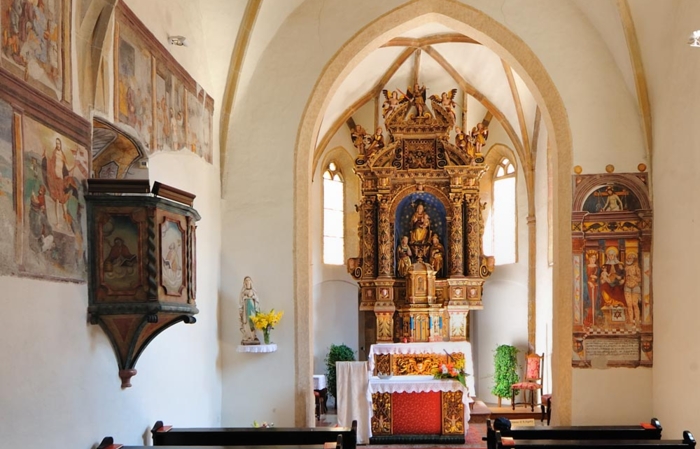 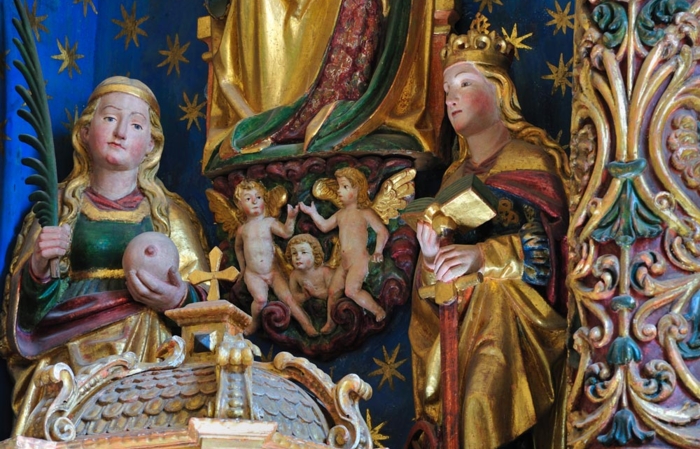 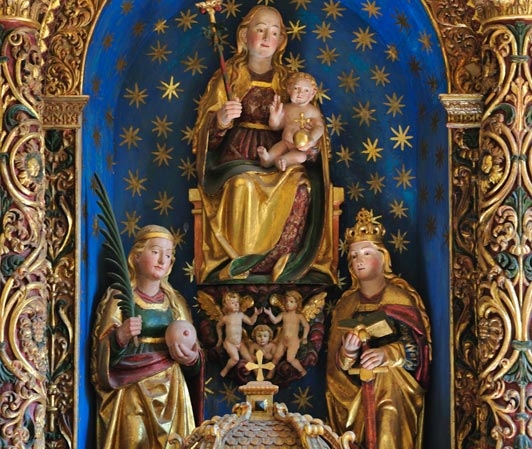 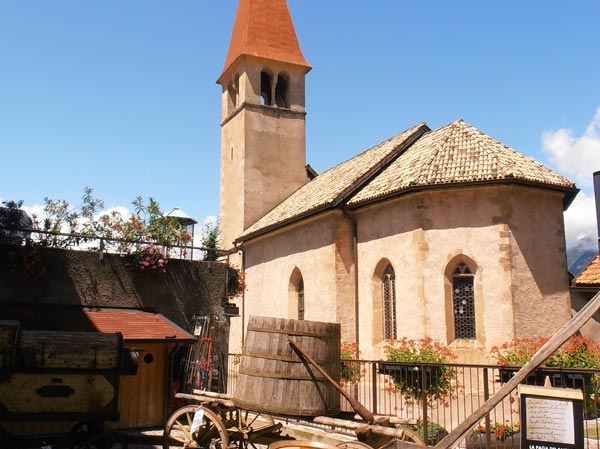 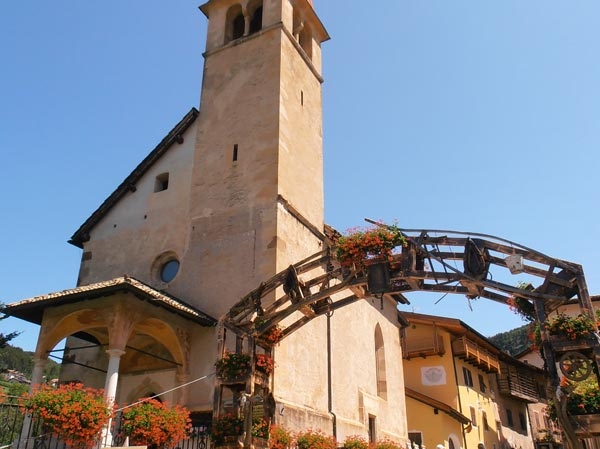 Although it was consecrated between 1360 and 1370, it is referred to in several documents dated 1145. The present arrangement is Gothic but with Romanesque elements, while the elegant portico supported by two limestone columns is from the Renaissance period. There is a fresco of St. Christopher on one side of the bell-tower, although it is in rather poor condition now, and late Romanesque mullioned windows.
The interior is extremely interesting, starting with the elegant webbing of the Gothic-ribbed vault with inserts in the points of the arches. Here there are nine shields on which are painted the insignia of the dukes of Austria, the counts of Tyrol, the bishops of Trento and several captains of Königsberg castle. A highly unusual architectural feature is the tall cylindrical column supporting the upper part of the bell-tower, which is built into the church facade. Of note are the two rows of frescoes depicting the Passion of Christ on the left wall. The painted wooden pulpit is eighteenth century, as is the sculpted and gilded wooden Baroque main altar.