You are at: Homepage /  discover and explore /  points of interest /  luoghi sacri /  church of st. michael the archangel

Church of St. Michael the Archangel

A triumph of stuccoes, gilding and sculptures 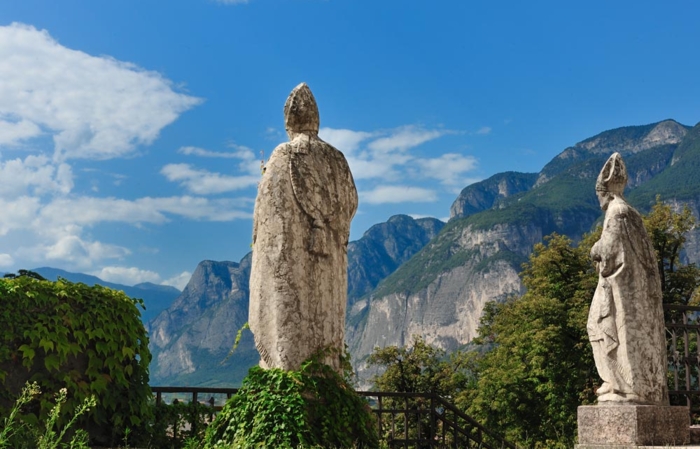 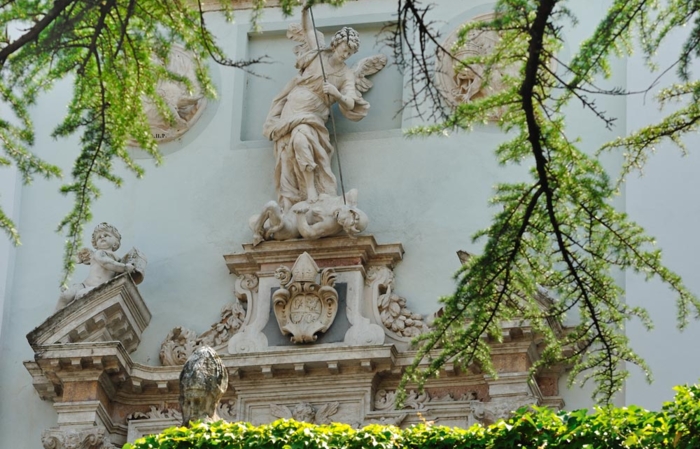 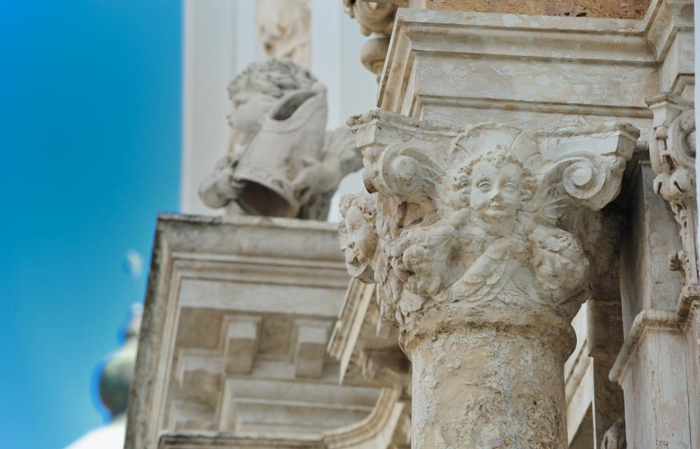 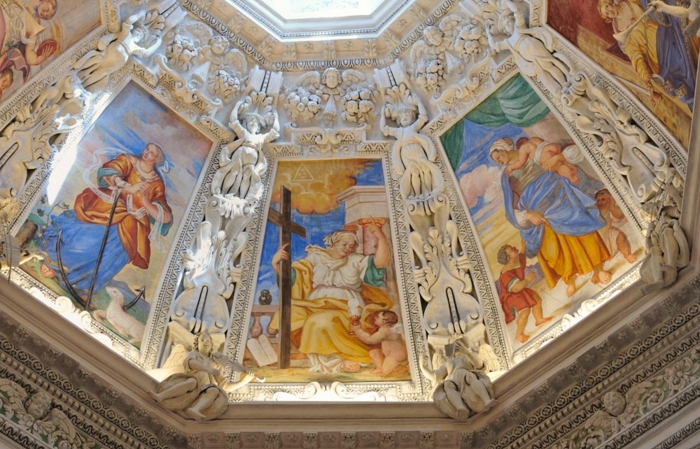 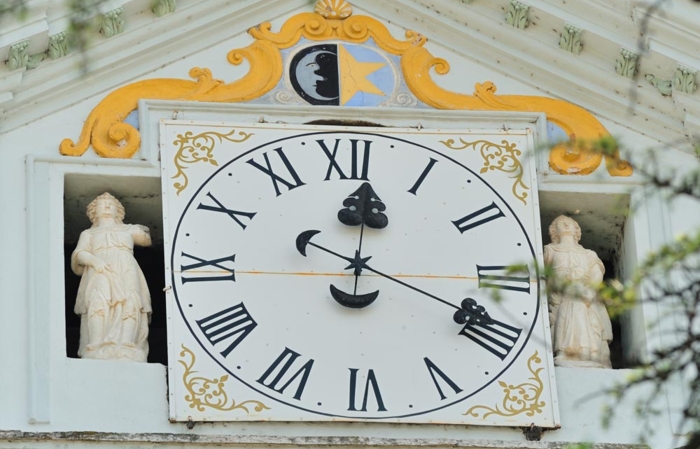 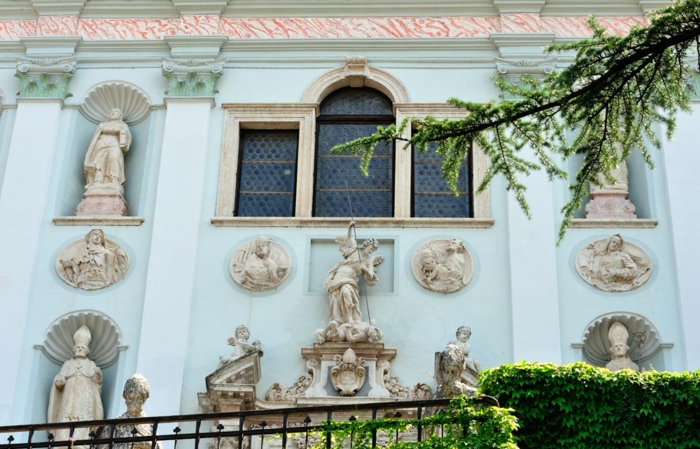 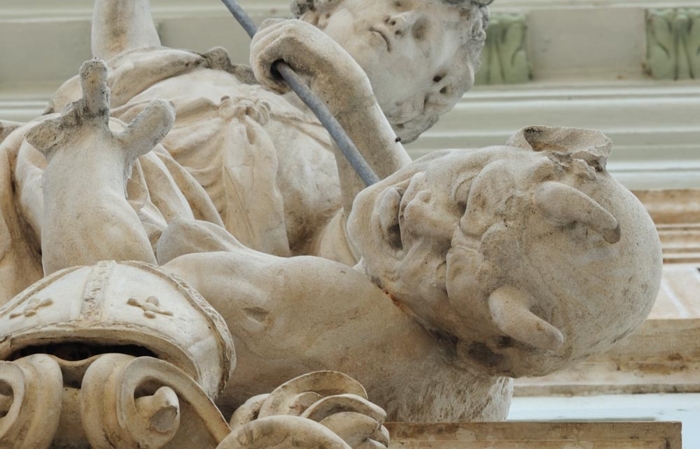 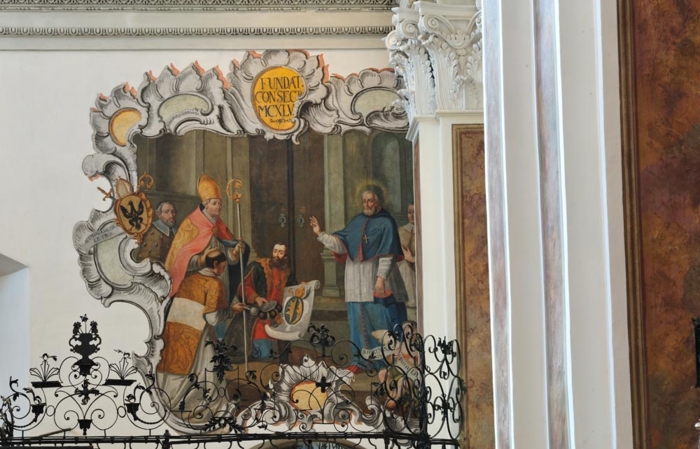 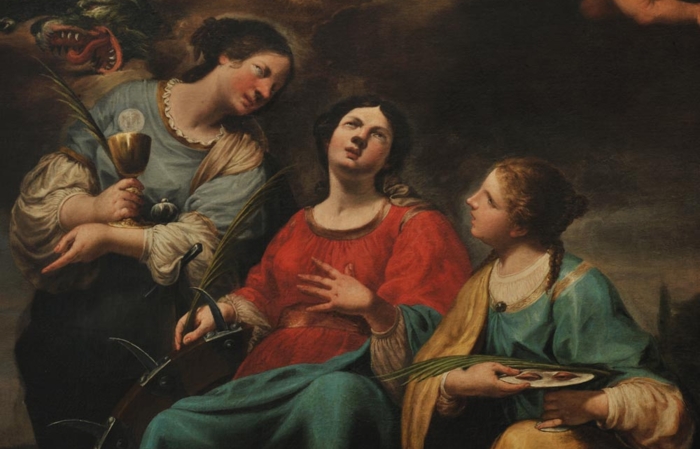 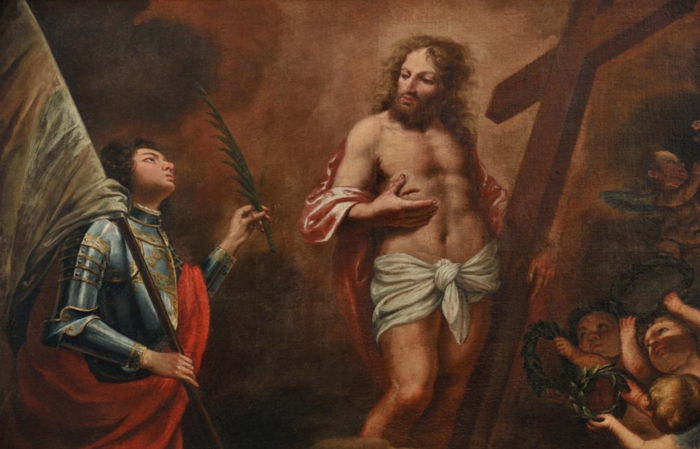 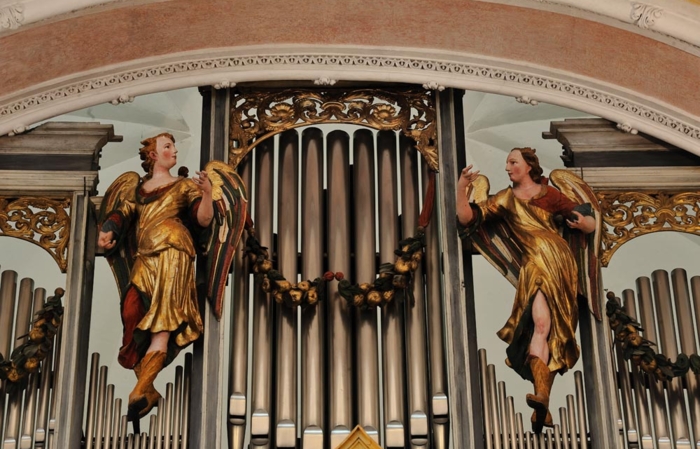 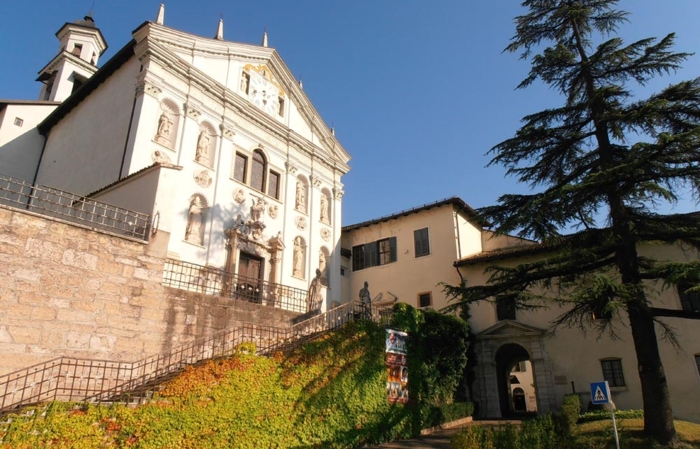 Church of St. Michael The Archangel

Whether approached from Trento or from the South Tyrol or the Valle di Non, the Baroque splendour of the Abbey of San Michele catches the eye at once. Thanks to its strategic location on the Imperial road, the monastery had already assumed a prominent position in the early Christian era. Built at the beginning of the twelfth century, this Augustinian monastery had by the fifteenth century incorporated the parishes of Salorno and Magrè as well as Ossana in the Val di Sole. In 1874 the monastery ceased to function as a religious institution when the Tyrolean Diet of Innsbruck decided to turn it into an Agricultural School, which is now the Fondazione Mach Foundation. The Foundation has since moved to new, modern buildings and what was the old monastery now houses the Museum of the Customs and Traditions of the People of Trentino.
The Church itself is in the central part of the Abbey complex: to the left of it are the characteristic 13th century triangular cloisters, while to the right is the spacious college built around the friars' cemetery. Very little remains of the opulent decoration that once adorned the church: a small group of elements, however, convey an idea of the abundance and splendour of the works of art and liturgical objects with which the church has been endowed.
Thirty steps lead to a raised churchyard, watched over by marble statues of Bishops Vigilius and Augustine. The elegant facade is divided by pilasters and a horizontal row of six medallions with saints; in each of the eight niches is a statue. The upper row of statues depicts the 4 evangelists, the lower row the western Church Fathers. The portal was added in 1688 and above it is a statue of St. Michael the Archangel impaling the devil with a long pike. The interior is decorated with stuccoes by the Lombard artist Antonio Castellani (1683).
High up on the left side of the presbytery there is a wide opening housing the organ, which has a Baroque wooden front with delightful sculptures and gilding. Almost all the pictures and frescoes in the church are the work of Giuseppe Alberti and his followers.
The focal point of this sumptuous Baroque church is the main altar. From the presbytery a harmonious crescendo of polychrome marble rises up with columns, altar tables and statues which set off the tabernacle and culminate in a statue of Christ risen. Above the altar is an octagonal dome, its interior artistically decorated with interesting stucco work framing the 4 frescoes on the pendentives depicting the prophets and the theological virtues.
The sacristy also contains a wealth of artworks: there are four lunettes featuring the Church Fathers, undoubtedly the work of Alberti, as well as four lovely wooden statues of saints and two paintings from the Alberti school.

Open to visitors with guided tours for groups on request. Contact the sacristans.