You are at: Homepage /  discover and explore /  points of interest /  luoghi sacri /  church of st. peter 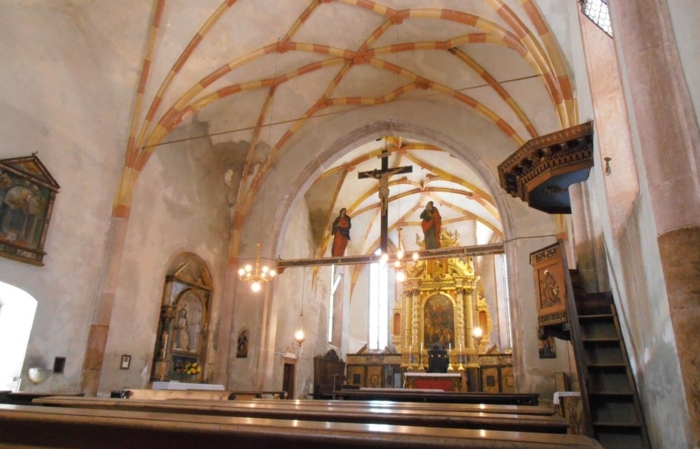 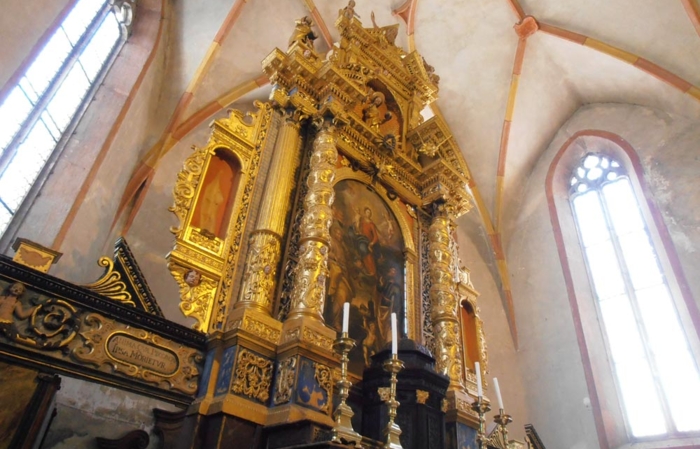 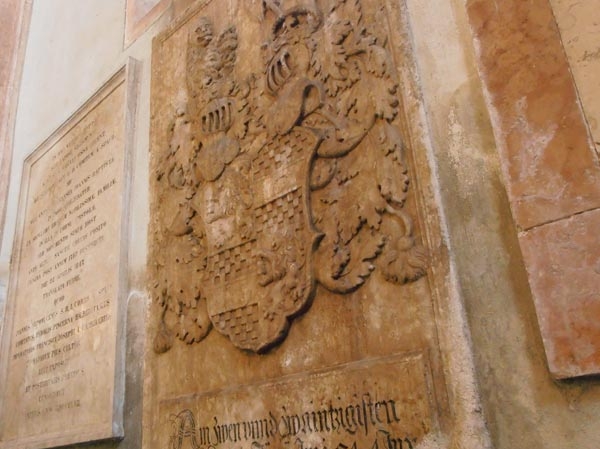 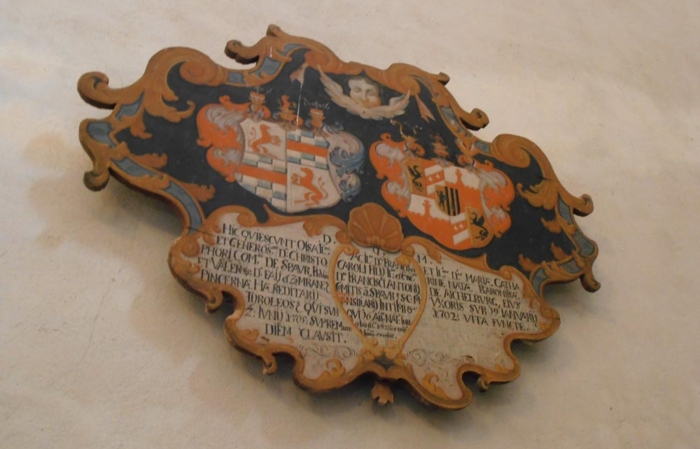 Local tradition has it that the church of San Pietro was built on the ruins of a small pagan temple, although no trace of this has been found. Archaeologial remains from the Roman period, such as burial sites, coins and pens, came to light in 1836 during work to enlarge the cemetery attached to the church. These bear witness to Roman occupation of the hill of San Pietro, which is thought to have been a hill fort.
The church was erected in the 12th century as a place of worship for the medieval town of Mezzolombardo (Medium Sancti Petri); in fact, the town’s coat-of-arms still bears two crossed keys, symbol of the saint. It was then entirely reconstructed in the 16th century, probably around 1534; in fact this is the date engraved in mortar above the architrave of the side door and above one of the apse windows. The main facade, which faces east, is reinforced at the corners with two massive stone buttresses. The pointed-arch portal is protected by a wooden canopy.
A wooden plinth runs around the church; triangular buttresses support the side walls. The bell-tower, in Romanesque style, belongs to the previous church, as evidenced by the inscription on the side towards the apse which bears the date 1425.
The interior has a single nave divided into five bays with cross-ribbed vaulting; the red and white stone ribs branch out from pilasters set into the walls in correspondence with the external buttresses. The interior is illuminated by large Gothic openwork windows and wheel windows in the apse and main facade. There are three carved wooden altars, the largest of which is 17th century and is painted gold and blue with a central altar-piece depicting the Madonna with saints Peter and Paul, to whom the church is dedicated. On the pediment of the main altar in the presbytery are wooden statues depicting St. Matthew with the angel on the left and St. Luke accompanied by a bull on the right.
The right side altar is dedicated to St. Lucy and was probably erected in the second half of the 16th century; the left side altar is dedicated to Our Lady of the Rosary and is in two parts belonging to different periods. The five sides of the walnut-wood pulpit are adorned with carvings of the evangelists with gilded details.
The beam that spans the crossing carries a crucifix in the centre and two painted silhouette figures dating back to 1617.