You are at: Homepage /  discover and explore /  points of interest /  luoghi sacri /  franciscan monastery

Franciscan Monastery and Church of the Immaculate Conception 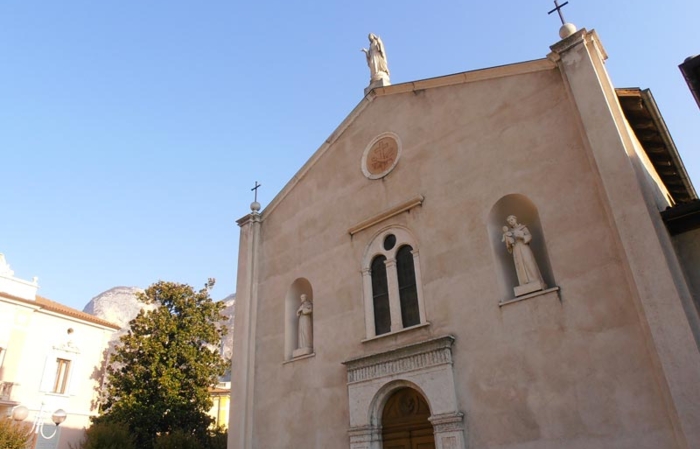 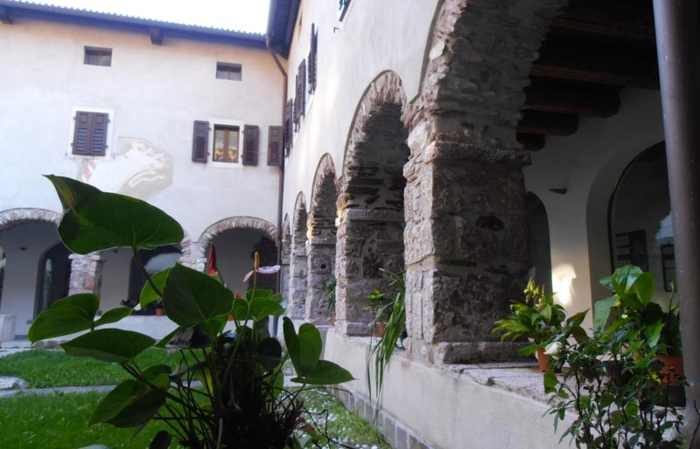 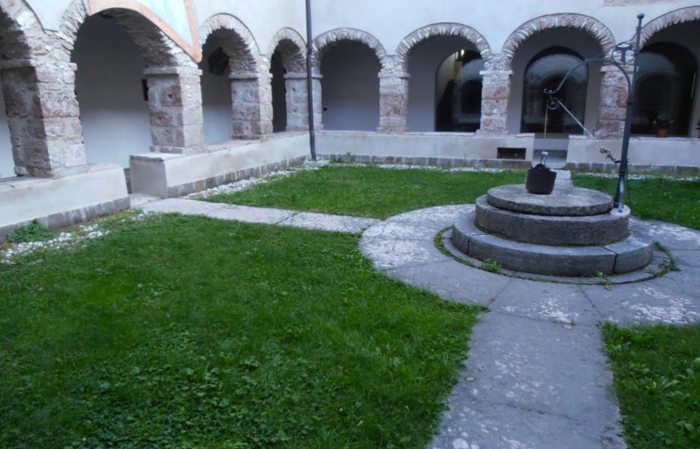 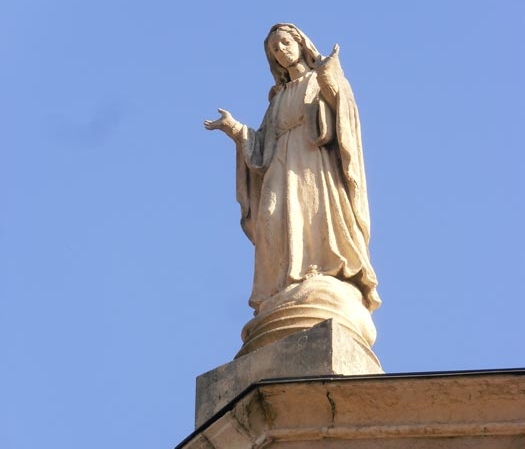 THE CHURCH OF THE IMMACULATE CONCEPTION

The Church of the Immaculate Conception dates back to the 17th century and was built in a place known as the "Capitel della Madonna" - the Shrine of the Madonna -, where, in fact, there had been in the past a shrine containing an image of the Virgin Mary with Child. In 1663, when work on the choir and presbytery had been completed, the tabernacle with the Madonna was brought inside and incorporated into the main altar, where it can still be seen today.
The church is of a typical monastic construction; it has a gabled facade flanked by two pilasters. It has been restored on two occasions: in 1885 following a design by Stefenelli and in 1961 according to plans designed by the architect Giovanni Tiella of Rovereto. The interventions consisted of closing up the two windows on either side of the central mullioned window and turning them into two niches in which now stand the statues of St. Anthony and St. Francis. A statue of the Virgin Mary was also placed at the top of the facade and a fresco was added above the mullioned window featuring the coat-of-arms of the Franciscan Order.
The interior comprises a single nave, a shallow presbytery and a semi-circular choir. The three wooden altars can be seen immediately upon entering the church; the main altar was erected in 1661 and was paid for by Ludovico Vescovi, whose coat-of-arms with two red lions facing each other in a rampant pose holding a crosier appears under the central altar-piece. The central altar-piece features a Madonna and Child with St. Francis and St. Anthony on either side; on the back of the altar-piece are images of the Crucifix and the Saints Roch, Sebastian, Peter and Anthony the Abbott. The central altar-piece on the left side altar depicts St. Anthony of Padua; that on the right side altar, St. Peter of Alcantara. There are fourteen paintings of the Stations of the Cross hung on the walls.

The Church of the Immaculate Conception is part of the Franciscan monastery and is maintained by the friars. It was built between 1661 and 1670 by the Congregation of the Friars Minor Observants. The cloisters, faithfully restored in 1995, and the two meridians are of particular interest.