You are at: Homepage /  discover and explore /  points of interest /  siti archeologici /  Giontech archaeological site 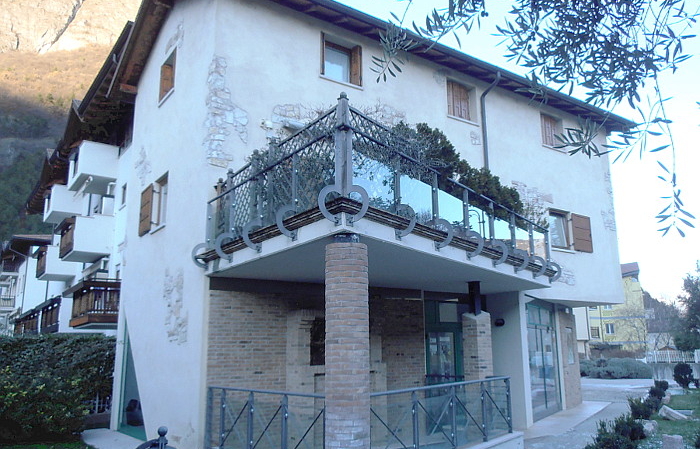 Testimony of a two thousand-year-old history, the Domus Romana of Mezzocorona is located on a site where there was once a small village, through which ran a road which may be the famous Via Claudia Augusta.

The Giontech settlement, which was discovered in October 1993, covered an area of over 4,000 square metres. Archaeological research has enabled the history of this large settlement, which can be dated to between the 1st and 6th centuries AD, to be reconstructed. It underwent successive stages of development, expansion, decline and finally abandonment.
The earliest traces of human presence, which can be dated to the 1st century AD, can be found in the construction and use of a road running south-west/north-east. Five different levels of this important road, which was around 2.6 metres wide, have come to light, some of which still bear the marks of the wheels of the carts that travelled along it. The first settlement was established around the first half of the 2nd century AD and consists of simple houses with their foundations just below street level. Around the second half of the 3rd century AD significant changes took place: this was the period of greatest expansion of the village, which coincided with huge innovation in building techniques. In one of the buildings, in the only room that can be seen today, a hot-air heating system (hypocaustrum) was brought to light. Hot air from a fireplace in a nearby room circulated under the floor of the room to heat it. Although the road that ran through the village is still the main thoroughfare today, in the 4th century the settlement of Giontech began a slow decline: in the 6th century the population began to move away, and when, at the end of that century, the river Noce burst its banks, the settlement, having been devastated, was completely abandoned.
The Domus Romana, a building that served various purposes, is located where the archaeological site stands today. Part of the under-floor heating system can be seen here with illustrative panels explaining how it worked.